Language is one of the major barometers of development in children. First words and cute phrases can light up a parent’s heart. For some parents and children however, language can become a stressful and frustrating milestone. Researchers estimate between six and ten percent of children struggle with language development and verbal communication. 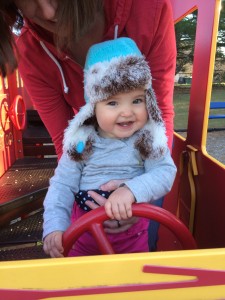 Apraxia is a term to describe a neurological disorder in children who are experiencing a severe developmental speech delay. Beyond just a later talker, children with verbal apraxia may also have subtle symptoms such as poor muscle tone and coordination, history of seizures and other syndromes present.

Assessment and Creating a team

If a child is suspected to have delayed speech or difficulty with communication, the first evaluation should be with a developmental pediatrician, who has extensive training in behavior and development beyond a general pediatrician. A pediatric neurologist has several years training beyond basic pediatrics to evaluate the nervous system. A pediatric psychiatrist has training both in pediatrics as well as physical medicine and rehabilitation. Naturopathic physicians can help with nutrition, supplementation and assessment of functional biochemistry. Connecting with these specialists can help parents access resources including occupational, speech and physical therapy. This along with nutritional support and supplementation will aid in speech development.

Supporting the Biochemistry and Nervous System

Specific nutrients have been show to help with children’s development of language. Researchers have focused on children with autistic spectrum and delayed language development and found many nutrients to improve responses to other therapies as well as spark language all on their own.

Healthy fats, that the body cannot make but are derived from foods, have been shown to improve language delays and apraxia dramatically. Omega 3 essential fatty acids support the nervous system in several ways. The receptors for certain neurons are made up mostly of these fats. Also, every nerve cell in the body encased with insulation called a myelin sheath. One of the main constituent of this sheath is omega 3 essential fatty acids. Improved insulation of nerve cells has been shown to improve nervous system function.

So how much fish oil or flaxseed oil is enough? There are now blood test (just a pin prick) that can tell levels of the essential fatty acids in the body. Every individual’s absorption of nutrients and amount of healthy fats in the diet vary, so testing levels in the body is the most accurate way to assess need for supplementation.

Vitamins and Other Nutrients

Vitamin E has been reported by developmental pediatricians to support language development and help resolve apraxia, with a theorized mechanism of supporting cellular membranes. Vitamin B12 also helps support neurotransmitter production, building up myelin shealth and improve language. Speech and behavior have been reported to improve with supporting children with these nutrients.

Specific proteins can be important for speech and language development as well as vitamins. Carnosine is a partial protein that has been shown to help reduce seizures, improve muscle mass and most frequently reported to improve speech. Creatine is an amino acid often low in autistic spectrum children who struggle with language development. Low creatine is also associated with poor muscle development, a common symptom of children with apraxia. Levels of creatine can be tested in a simple urine or blood test to assess if supplementation should be considered.

A multi-disciplinary approach offers quiet children struggling with verbal apraxia a better opportunity to improve. Nutrition plays an important role along with specific behavioral and physical therapy in unlocking speech in these children.